Richway’s first product, the Biomat, has been approved by the U.S. FDA 510K through its research and development in far infrared rays and negative ions for the past two decades. Richway and The Life developed the Quantum Energy Pad, a product composed environmentally friendly raw materials such as organic compound energy extracted from peach and grape seeds, which is beneficial to the human body’s biological vibration.

Both the quantum energy layer and tourmaline layer maintain your health by promoting blood circulation through the use of far infrared rays. It performs maintenance and resistance with the creation of anions (1,654 pcc), also known as negative ions or “vitamins of the air”.

Our superfine hypoallergenic microfiber fabric aids in the prevention of heat loss, keeping your family healthy and free from allergic dyes used in most synthetic fabrics.

Its high density and durable 3D mesh material allows excellent air permeability. It also assists the passage of far infrared rays when used with the Biomat.

The micro fiber cover is light, removable and machine washable (with or without soap), making it convenient for washing and handling.

What is Quantum Energy?

The word “quantum” was derived from “quantity”, meaning an amount which has been used as “energy for mass generation.” This theory was first used in the name of “Quantum Energy” by a German physicist, Max Born (1882-1970). Dr. Albert Szent-Györgyi, who won the Nobel Prize for extracting vitamin C in 1937, identified that a living cell took on an electric field and that quantum energy had an influence on the electric field of a cell. A healthy cell takes on negative electricity. Common cells function normally when the voltage is less than -15mv and problems begin to arise when the voltage of a cell is more than -15mv. Particularly, the average voltage of a nerve cell is -70mv, but when it experiences pain, the voltage of the nerve cell generates +30mv.

Quantum energy can be transmitted up to -90mv, so it can get rid of the pain signals from nerve cells of more than +30mv. As shown above, quantum energy maintains the balance of an electron of a cell, causing the voltage of the injured cells to return to normalcy. In addition, quantum energy helps heighten the energy field in the cell membrane.

Dr. Albert Szent-Györgyi discovered that when the negative electric field of quantum energy returns the voltage in the cell membrane back to normalcy, the human body’s immunity rises, pain disappears, and the mind becomes stabilized. It’s possible to generate quantum energy directly from organic compounds by using a special substance included in plant seeds.

Particularly, a peach pit and grape seed includes more than 18 types of specific substances, and the types are as follows:

These 18 types of special substances take on powerful negative electricity, so they play a role in returning the voltage in the cell membrane to normalcy. Once the voltage in a cell becomes stabilized, the cell spontaneously induces detoxification while a nerve cell ceases the delivery of the pain signal, alleviating the pain in the human body. These 18 types of elements are organic compounds made from plant seeds which emit powerful far infrared light. 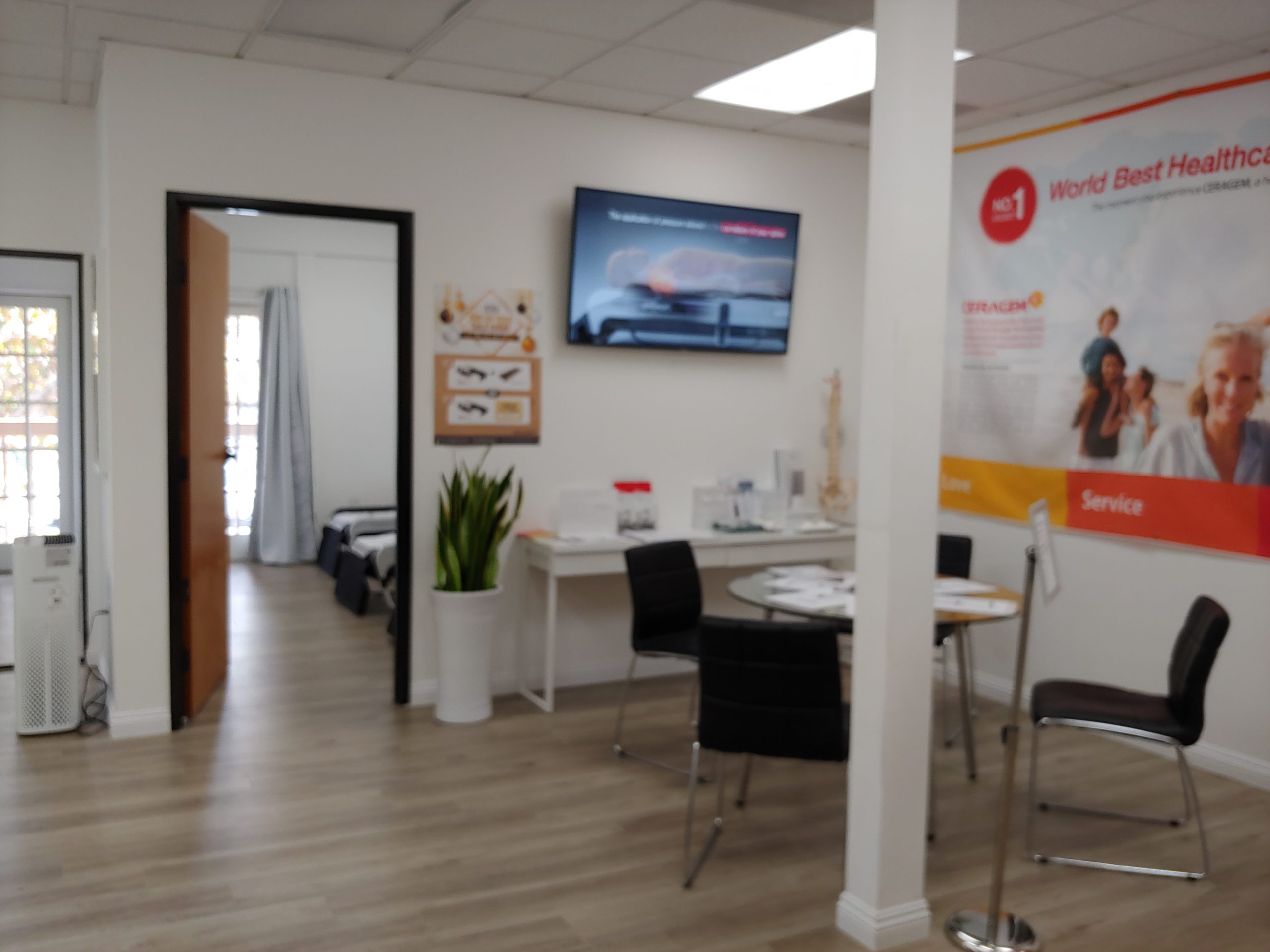 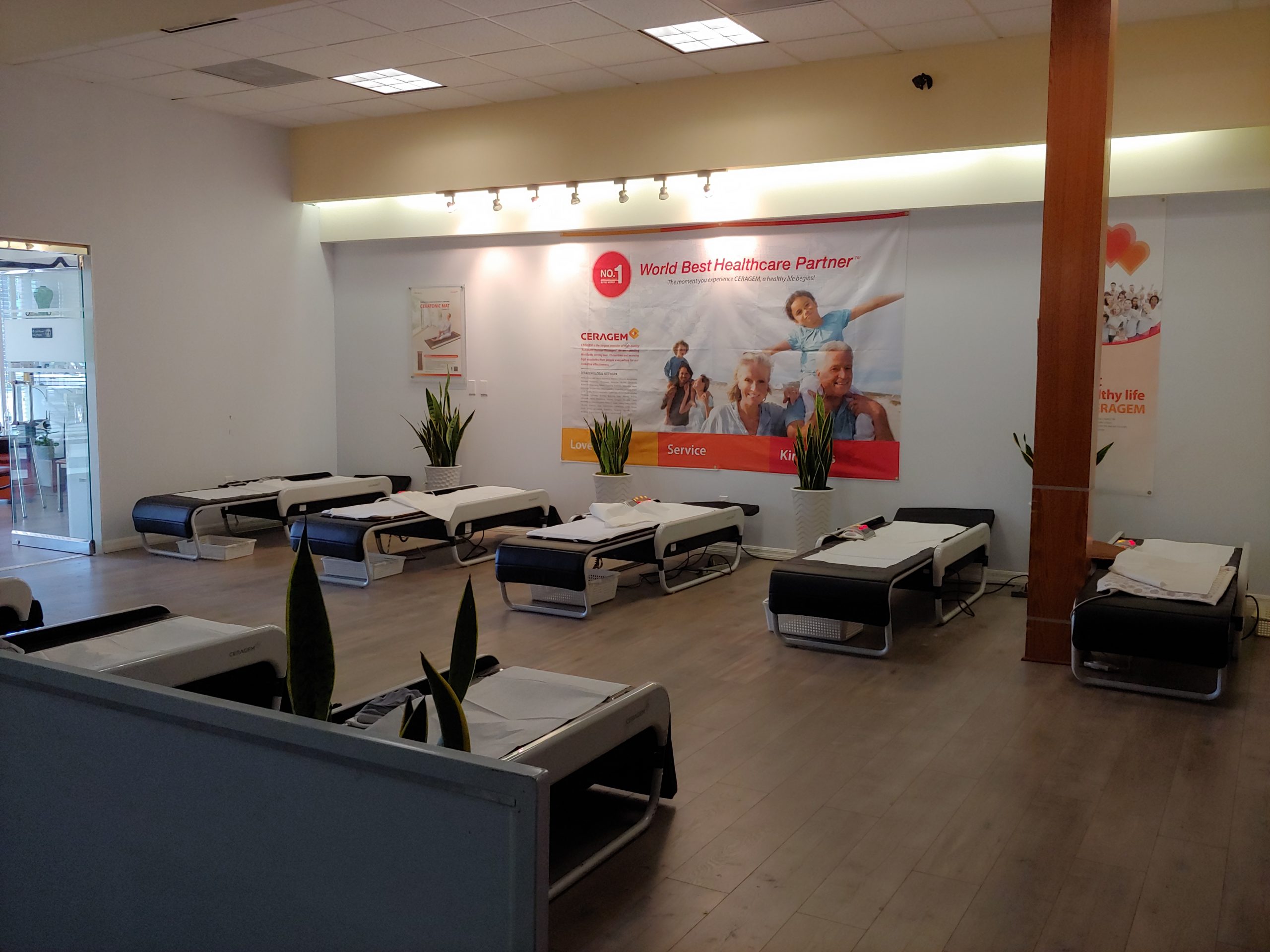 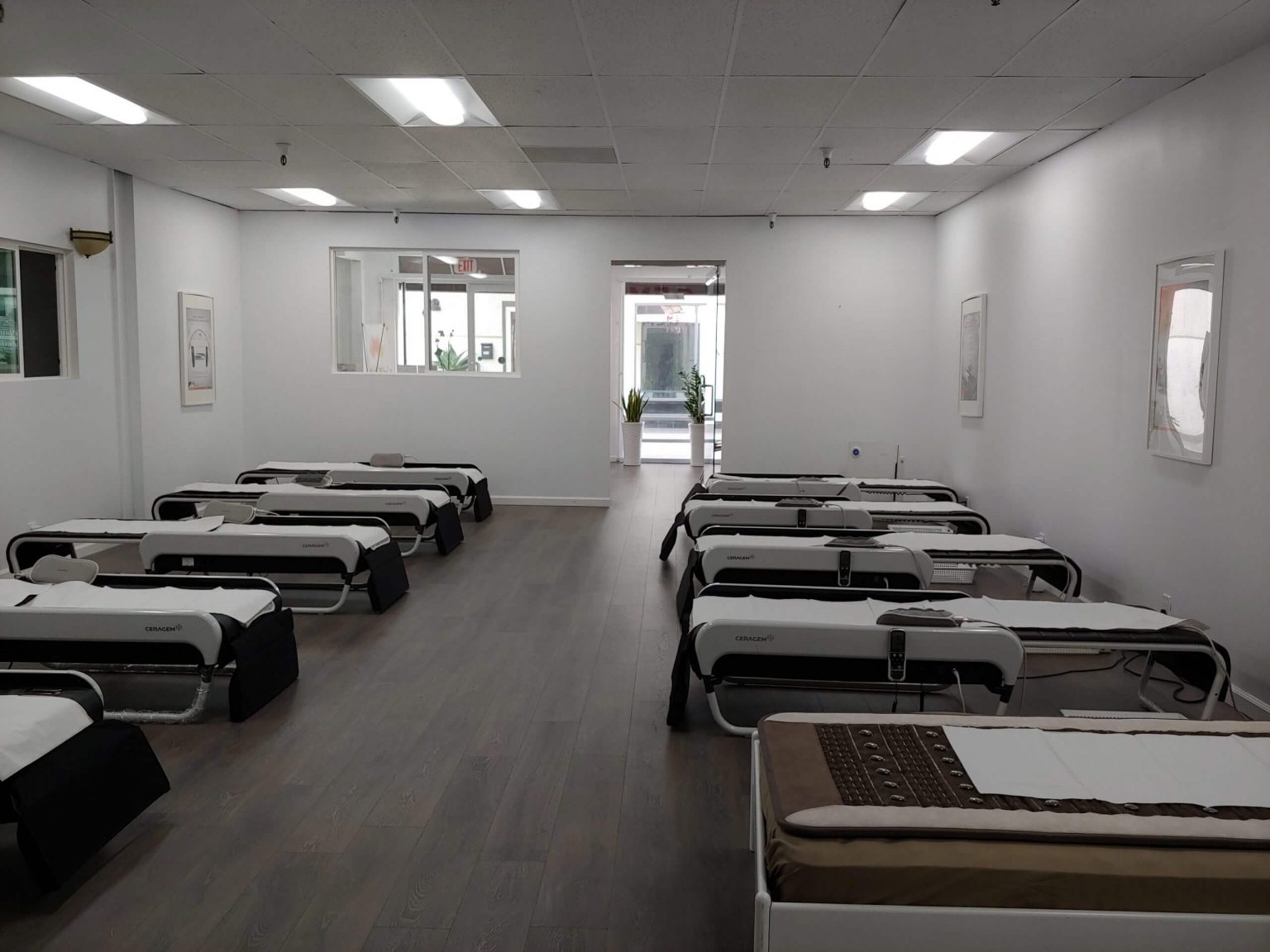 During Covid 19 pandemic, we will keep all of our centers closed to the public for service until further notice. Only orders will be processed over the phone or in person by the appointment. Please call 562 331 0924.